We awoke to a cloudy, gray rainy day 😦 as we headed off for the west fjords.

Tunnel of HELL and why the Letter “M” is Sooooo Important!

As we entered the tunnel, it was well lit and quite modern… for about 1 mile. Then all hell broke loose. Let me set the stage for you. We are clipping along at about 40mph… and cars  from the opposite direction are zipping by. There is 1 lane for each direction…. UNTIL the 2 lanes merged into 1 lane!!!!!!!!!!!!!  YIKES  this can’t be good!

Susie was driving at the time & we both freaked out! There was a car coming straight at us about 200 yards in front of us. Here is a terrible shot… but you can get an idea of the situation. It was shear terror!!!

Let’s take a little break…  As you know, there are no shoulders on the roads in Iceland. Except we have noticed occasionally a small shoulder would appear for about 30 yards long. It also included a blue sign with the letter “M” on it. We couldn’t find it in any of our 4 tour books. We thought it could mean “Mobile”… a place to stop and text. (Remember kids… Don’t Text & Drive) Here is what I’m talking about:

OK… back to our story. As the oncoming car was getting closer and we were freaking out, out of the blue (pun intended 🙂  ) a blue “M” sign appeared on the right side of the lane. Quickly we pulled off on to the little shoulder and let the speeding car pass us.

Suddenly we understood what the “M” sign meant… and it saved our lives!!!!

After the ordeal, we decided to find a place to buy some sandwiches for lunch. We soon discovered that the area, although very beautiful, had little to no signs on human activity until we  found this place. It looked like something out of a soviet propaganda brochure. Square, concrete, grey… very charming…. NOT!   Susie said it could use a little “Martha Stewart” 🙂  Here is the place:

To complement the lovely soviet look of the building, the facility also included a very lovely swimming pool: 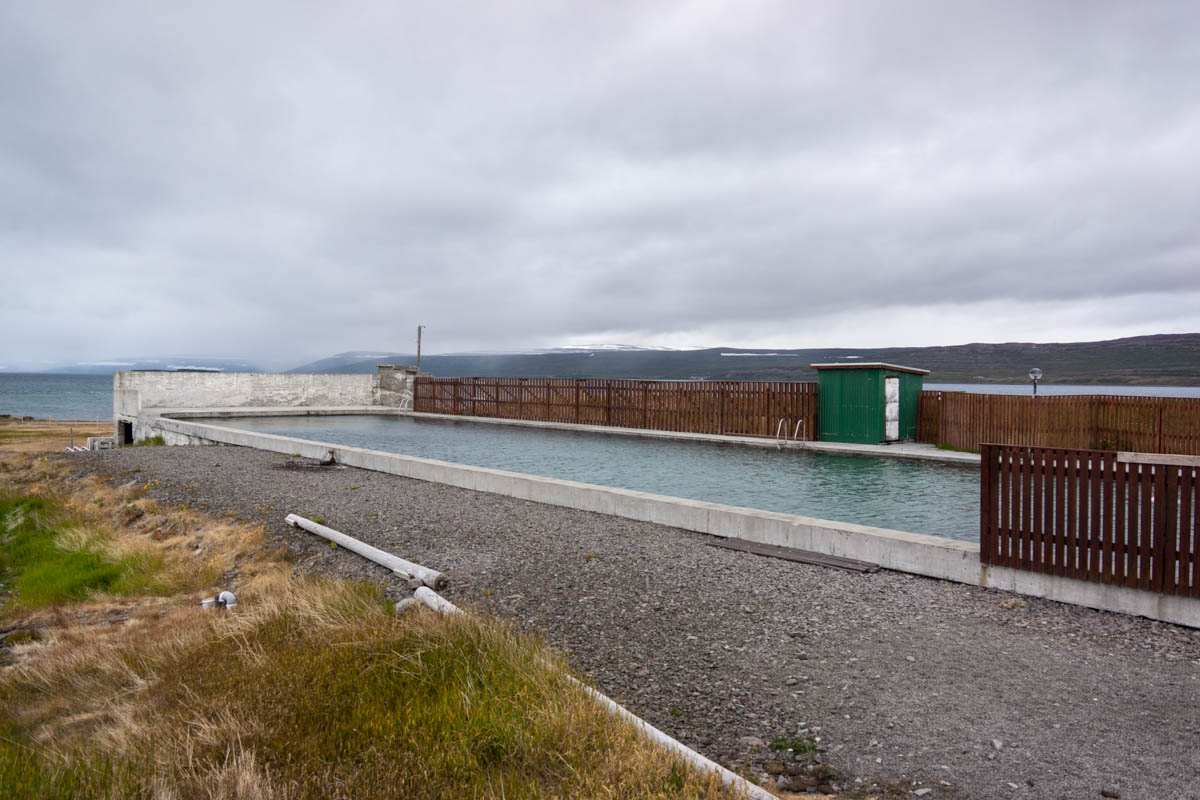 All I could think about was the classic Wendy’s “Eveningwear” commercial. Historical reference for all you younger fellas:

Now I had a little fun about the building, but the people running the hotel & restaurant were super friendly and told us this was a state boarding school for kids in the area. Because the low density of the population in the area, it made more sense to board the kids during the school year rather than bus them every day.

While we were in the hotel I noticed something that looked vaguely familiar. Could it be??? Did this hotel serve Miller Lite??? No way??? Upon further review… it was not, but it sure looked like it. What do you think??? I smell a law suit 🙂

We grabbed a couple sandwiches and we were back on the road.

Here are a few shots along the way. As I mentioned, it was really overcast and the cloads were very low… also foggy, so the pics suffered a little… 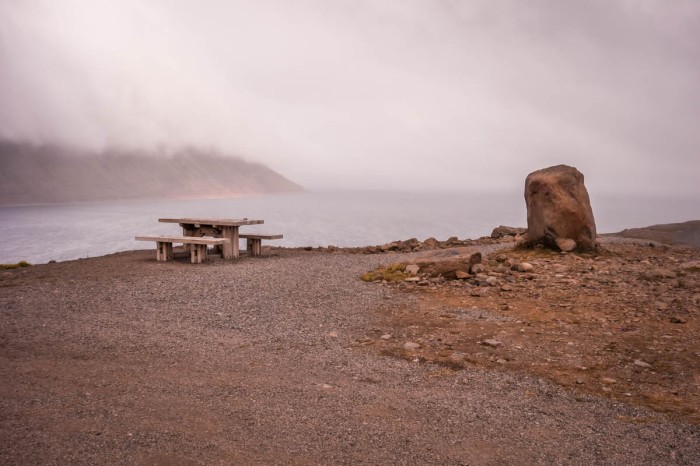 A spot of blue sky… YEAH!

After a few hours, we reached our hotel. Here it is… it too was a boarding school that closed in the 1990’s (what a coinkydink) but NOT built in the soviet style 🙂

The view from our room…

Here is our room… clean & comfy.

We decided to eat at our hotel. The restaurant had whale meat, but I really didn’t want to spent like $50 only find out it tasted like shoe leather 🙂
So I asked the cook if she could cook just a small piece for me to try. She was super nice and said YES!!!
Here is the whale… it was lightly seasoned and pan fried… served with a very nice Béarnaise sauce. It was cooked medium rare. 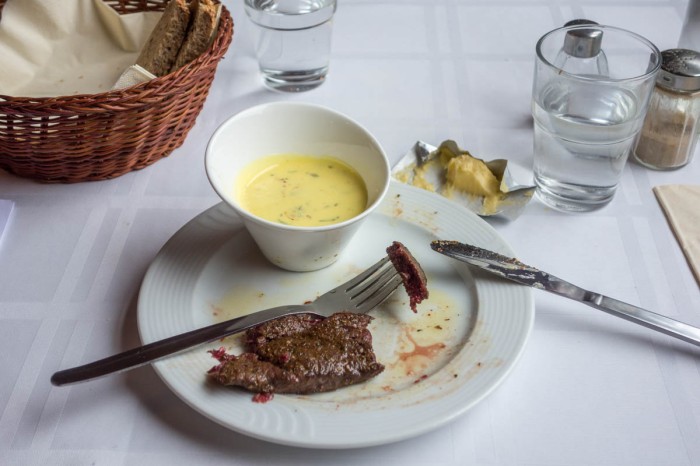 First… it tasted nothing like fish and looked like beef. It tasted like a cross between reindeer and beef. It was very good & I enjoyed it. FYI it was a Minke whale… maybe it was the one I saw a few days ago 🙂

Susie tried it and said “Yuk”

I had an interesting talk with the cook and she told me that Australia banded all whale hunting and it has caused big problems for them. It seems that the increase in the number of whales results in them eating more of the plankton… the stuff other fish eat. places. As a result, the commercial fishing industry is now having much lower yields. She said that Iceland is very serious about preservating the whales and places very strict regulations on whale hunters. They closely monitor the population and adjust the yearly hunt based on their findings. Seems like a reasonable approach.

Well this was an eventful day… time for bed.